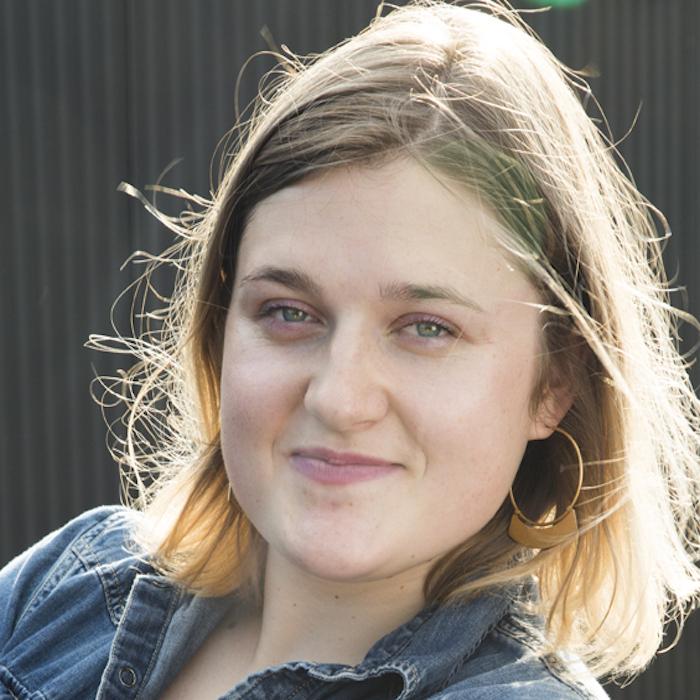 Megan Grassel is the Founder and CEO of Yellowberry. Bras, underwear, loungewear, activewear, and t-shirts for girls ages eight to 14. Megan wants to give girls an extra boost of confidence to dream big and pursue their futures. Megan, you founded Yellowberry in 2013. You were 17 years old and a junior in high school. The idea for the business came about when you and 13-year-old sister Mary Margaret were shopping for her first bra. What happened that day to inspire you for the business?

“The only choices for girls her age were super sexy bras. They didn’t fit properly nor did they fit the lifestyle of most tweens girls. I became passionate about changing the bra industry for these girls. I wanted to give them a choice for their first-time bras. Yellowberry began with bras and shortly thereafter we added underwear.”

How Has Your Vision Changed?

As a company grows it may expand or change its vision a bit. How has your vision changed over the past five years?

“It’s a bigger vision now. We want to be the brand girls grow up with and feel comfortable wearing. This opens the door to make more products for them. Over the last five years, we’ve expanded our fabric selection for the bras and underwear. The brand has grown to include activewear and loungewear. We are expanding into apparel and accessories. This gives the girls a choice in the selection of casual clothing.”

Your sister Mary Margaret had no idea she was the inspiration for the whole company. How did she respond with you starting a business in high school?

“She didn’t realize how important her role was for Yellowberry. To be the inspiration is influential. It was hard for her to grasp that I understood what to do. From the very beginning, she was curious about how things worked and everything that was happening. She’d always ask me questions. Mary Margaret’s worked with us every summer and has been part of the team from the very beginning. She’s one of the best people on our team. Mary Margaret’s a senior in high school and is interested in business and finance. She respects what we do. I expect she’ll start her own venture at some point in time.

What Megan’s Parents Thought About Her Vision

How did your parents accept your idea to change the bra industry?

“They were excited about the idea and that I was going to do it. I don’t think my mother really believed me when I talked about it. During my senior year of high school business was growing and I had an awesome Kickstarter campaign. All the schoolwork I needed for graduation was assigned at the same time. I needed help with the business while completing my assignments. I asked my mother to help with shipping and packing. For the past year and a half, she’s been my partner and helped grow the company. My dad continues to be my biggest cheerleader.”

In the beginning, one adult thought your idea to change the bra industry for tween girls was silly. You were in high school and I can only imagine how discouraging it must have been.

“It was one of the very first people I told my idea and I admit it was really in the formative stage. I was frustrated and got really angry and I just want to prove that person wrong. It fueled me to keep moving forward. Not everyone is going to see what you see and get what you get. Even when people thought it was a silly idea I just never believed them. For me, it was a gut feeling and such an important issue and product to build.  It took a lot a time to get where I could prove them wrong.”

How Megan Decided on The Name Yellowberry

Your brand is synonymous with budding tweens. How did you come up with the name Yellowberry?

“Berries go through several shades of yellow before they become fully ripe. Young girls grow in stages until the blossom.”

The Importance of Branding

As the business has grown over the past five years you continue to watch over everything. You are adamant about keeping your business brand on target.

“There’s a lot of meaning to the brand we created from the very beginning. Whatever we do going forward needs to stay with that branding. One of my biggest strengths in the company is branding. While we have a team of technical designers I am totally involved with the selection of fabrics and colors. The fit is really important and we use real girls to make sure it works before we put it into production.”

“Branding always comes first. Everything has to align with that. I’ve hired people who are smarter than me that can run different departments of the company. While they all do a phenomenal job I still need to look over everything.”

“We are in communication with moms and girls to get customer feedback; the good, bad and indifferent. We keep an open book mentality and ask ourselves the same series of questions each time we change or add products to the collection. Do the fabrics and colors fit who we are, does it fit right for our girls, and does it fit her lifestyle? Then, for example, how does the tagging look and the way the product looks in the packaging?”

Developing the Leader Within

Learning to be a leader begins with developing leadership skills within your self. You’re growing a successful business and design team, an online retail business, and making sure the Yellowberry brand stays consistent with your vision. How did you develop your leadership skills?

“I was a competitive athlete growing up and competed on the national and international levels and competing in world cups. I was very committed and intense. That’s when I learned about being on a team, teamwork, and being a leader for it. As Yellowberry evolved I hired people older and smarter than me. I wanted to be the best example and never wanted to put myself above others on the team to reach our goals. I would never expect anything from my team that realistically I don’t think I could do. Not everyone may understand the excitement for the company. However, we’re on the same playing and no one puts themselves above others on the team. We’re all working towards the same goal.”

How do you pick your mentors?

“I look for people with mutual respect for me. These people are super smart and doing really great things. They are both men and women and come from different areas. There are six or seven people I talk to on a regular basis and rely heavily on their advice.”

What books would you suggest this Generation Z of young female entrepreneurs read? There may be one for aspiring entrepreneurs and for those growing their businesses.”

“Sapiens, A Brief History of Humankind by Yuval Noah Harari is a great read. It puts the world in perspective with humans.”

Who are your role models?

“Sara Blakely, inventor and founder of SPANX and Emily Weiss, founder of Glossier.”

Megan received accolades from being TIME Magazine’s 25 Most Influential Teens in 2014 to being selected in 2016 for Forbes 30 under 30. She appeared on The TODAY Show and Good Morning America with features in Fast Company, Inc. Magazine, and The New York Times to name a few.