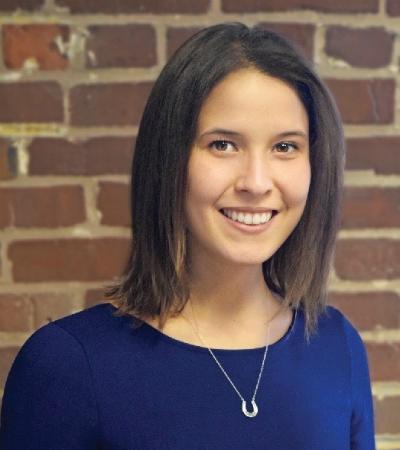 How One Young Female Entrepreneur Contributes to the U.S. Economy

The number of women-owned, privately held businesses have grown twice as fast as the men-owned firms. However, women-owned businesses are typically smaller, making it difficult for them to break the $1 million revenue mark. This contributes to women’s businesses only accounting for 13% of employment among privately-held companies. But Catherine Cook is proof that women can start and grow businesses that defy statistics. She successfully broke barriers typically used against women’s businesses.

Catherine launched myYearbook with her brother David while in high school. They wanted a place where teenagers could meet new people in their own high school, along with other students in the United States. At the time, Catherine was 15 years old and David was 16 years old. Their older brother Geoff joined them after he graduated from Harvard. Geoff helped them financially with their young start-up.

In 2011, the brother-sister team sold myYearbook for $100 million of combined stock and cash. In June 2012, myYearbook was renamed MeetMe. It was then rebranded as a social network used to meet people globally.

Catherine Cooks’ entrepreneurial path is more significant than most people would think. Her business shows exactly what being an entrepreneur is all about; seeing a problem and creating a viable solution, as well as implementing the solution successfully. She shows teenage girls that it is possible to start and grow a business in high school. Additionally, Catherine proves that starting a business doesn’t have to negatively impact college opportunities. And finally, Catherine demonstrates that it is possible to stay true to yourself throughout the entire process.

Catherine spoke at a technology conference when she was only 17 years old. This was particularly exciting because she appeared on stage with Facebook founder Mark Zuckerberg along with MC Hammer, founder of DanceJam. The speakers pitched their businesses to business mogul Barry Diller at the conference. Their pitches were part of a competition called “What Would Barry Buy?” and Barry Diller selected myYearbook as the winner.

Furthermore, Catherine proves that it is possible for young women to start a business in high school without sacrificing their plans to attend college. Not only this but attending a top-tier university is possible. While attending college, Catherine worked part-time on her business. Because of this, she was given the opportunity to travel abroad to speak on topics that relating to her business.

In 2011, Catherine graduated from the McDonough School of Business at Georgetown University. She majored in Operations and Information Management and Marketing with a minor in Psychology. The school highlighted Catherine as the Co-founder of myYearbook and for the successful sale of the business. After graduation, Catherine returned to working full-time on myYearbook, the business she and her brothers created. As part of MeetMe’s management team and Co-founder and Vice-President of Brand Strategy, Catherine continues to drive new features to move MeetMe ahead to be the best place to meet new people.

In my opinion, one of the greatest things about Catherine Cook is how humble she is. Even with all the recognition and awards, she has received she remains very genuine. During the 2012 Empact Summit, Catherine confidently spoke to 300 leaders in the future of education of entrepreneurship. She was so gracious to everyone who came up to her with questions and praise after the luncheon.

Catherine Cook is truly a remarkable young woman. This makes her a perfect role-model for teenage girls interested in starting a business in high school.